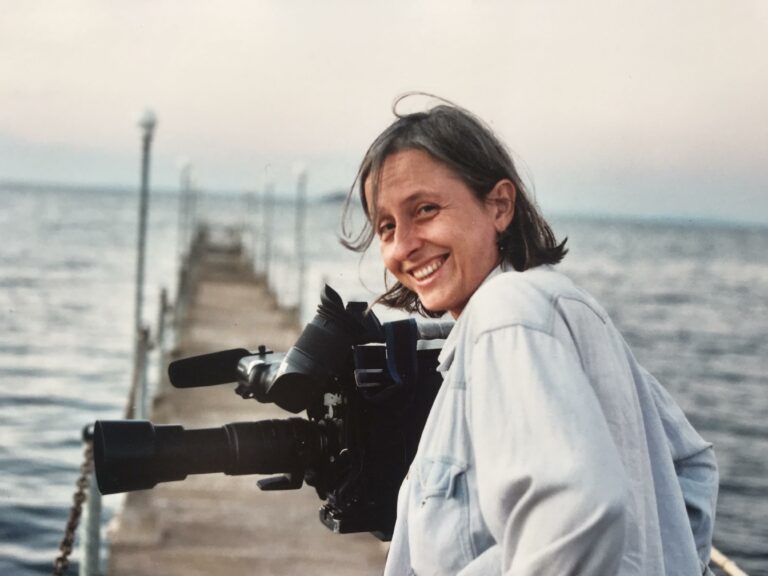 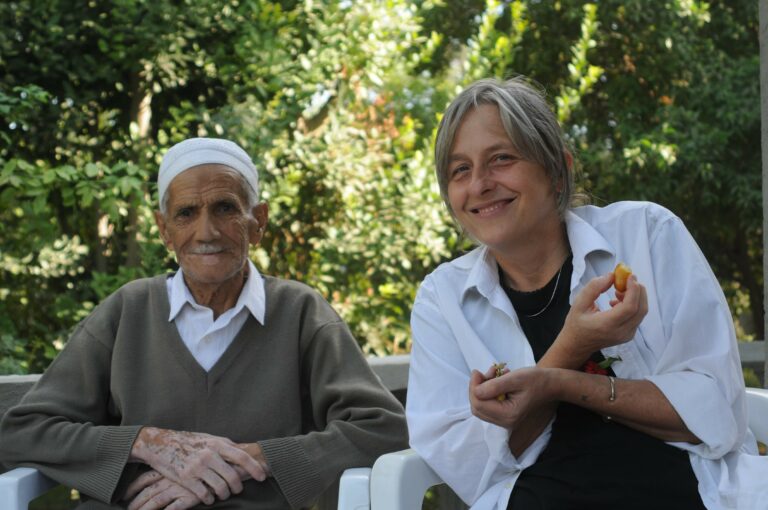 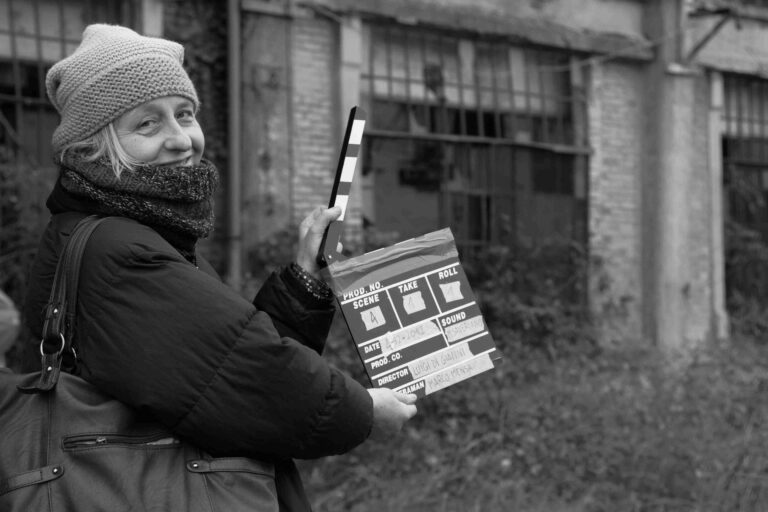 Her first documentary is  Mother of the Waters (1988), on the cult of the Afro-Brazilian goddess of the sea Yemanjà. In 1990 together with American anthropologist Judith Gleason she directs Becoming a woman in Okrika, on the initiation rituals for adolescent girls in the Niger Delta, Nigeria. Since then she has directed dozens of documentaries and numerous communication campaigns for RAI and various international organizations, among which the United Nations Development Program. Her work focuses in particular on women’s stories, and social, historical, anthropological, environmental, development cooperation, human rights issues. Her films have received numerous awards and were aired by many broadcasters in Italy and abroad.

Among her documentaries, directed with Marco Mensa: Uberto of the mirrors (Nomination as Best Documentary – Italian Golden Globes 2017), Kevin – will my people find peace? (Special Prize of the Italian Syndicate of Film Journalists), Eyes Wide Open on AIDS orphans in Malawi (supported but the MEDIA PLUS Program of the European Commission and part of the  United Nations Africa 2015 – Millenium Goals campaign). She directed numerous ads for social communication campaigns, and numerous institutional videos. She curated the audiovisual communication for the Noppaw – Nobel Peace Prize for African women campaign, produced by the NGO’s CIPSI e ChiAma l’Africa.

She has experience in the management of projects with international partners, such as European Commission, UNICEF, UNDP, Carnegie Corporation of New York, Ministry of Social Solidarity. She has worked as a professional trainer in various training courses on documentary and audiovisual production. As president of the Association VAG61 (2004-2007) and vice-president of the Association of Emilia-Romagna Documentarists (2009-2021) she has actively promoted the production of independent communication and the spreading of documentary culture. She is presently coordinating the project ESTOEducational, promoting awareness of the history of the European Union among European students. She collaborates with the international campaigns Rights of Mother Earth and New Europeans in the role of communication consultant.

Director, director of photography and photographer 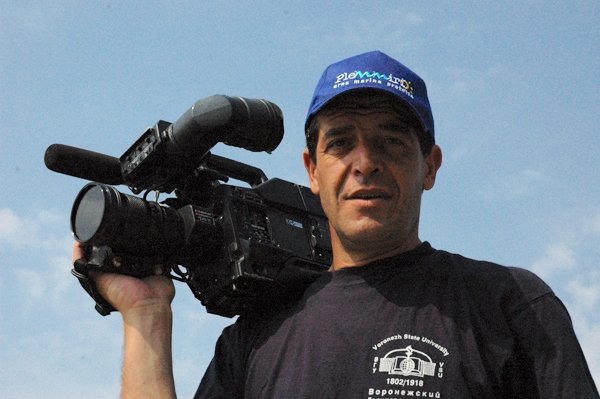 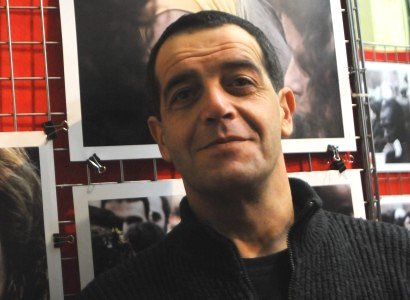 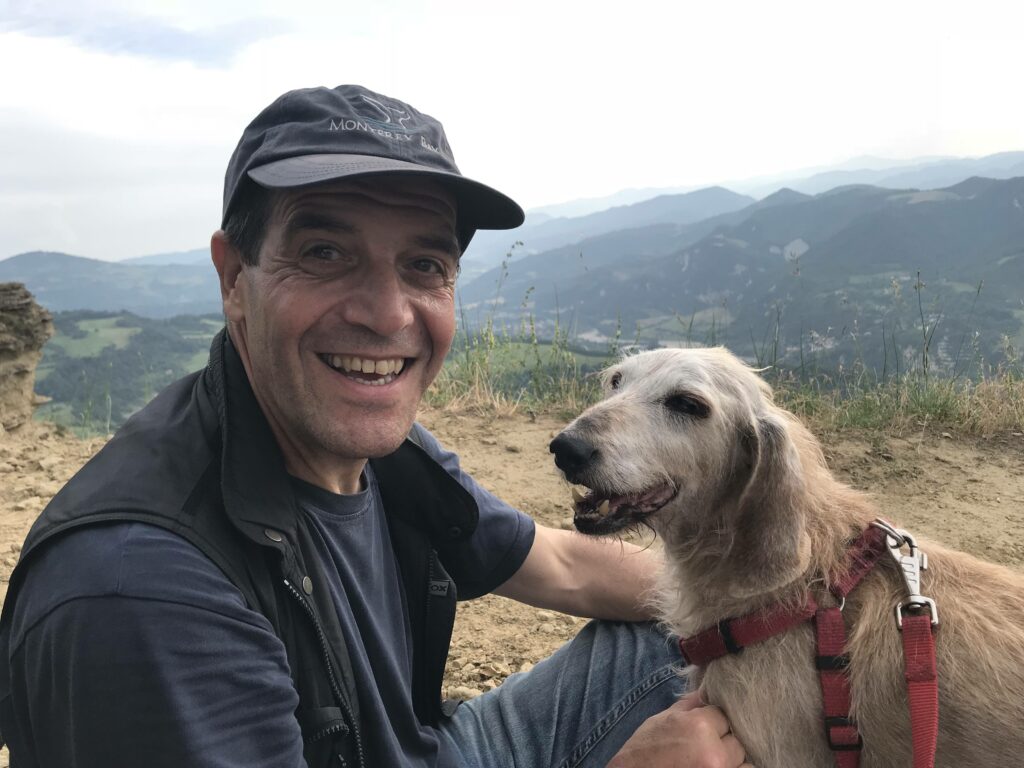 Is active in the audiovisual industry since 1980. He earns a Diploma in Filming and Photography Techniques at the Free European University of Macerata in 1980. He begins to work as photographer and camera operator for various news agencies and tv stations in Sicily. He films news stories on the Italian peacekeeping mission in Lebanon (1982) and during the first Gulf War.

In 1987 he begins the collaboration with RAI, working  on various TV programs directed by Franco Lazzaretti, such as Travel around man by Sergio Zavoli and America Year Zero by Furio Colombo. He directed and photographed several reportages and documentaries for RAI, among which Report by Milena Gabanelli, Mixer by Giovanni Minoli, Source of life di RAI DUE. For Geo&Geo – RAI TRE he filmed various nature documentaries in Italy and Iceland.

In addition to the many production directed and filmed with Ethnos, has photographed two medium-length features based on Kafka’s writings by director Luigi di Gianni, produced for RAI – Italian Television: A country doctor (2011) and In the penal colony (2013). Among the award winning short fiction films: Kill her or not? by Fabian Ribezzo (Best director of photography- Rassegna ‘Visioni Italiane’, Bologna 1998 – First Prize at the Festival Cinema Giovani Torino/Spazio Italia, 1998), and L’incontro by Mauro Magazzino, awarded at the Festival of Palm Springs in Florida. Has directed the photography for the video projections in the play Journey to Reims, directed by Luca Ronconi (Teatro Comunale of Bologna).

Has photographed and created the material effects for the documentary films 50 Santarcangelo Festival and Vivere, che rischio by Michele Mellara and Alessandro Rossi, produced by Mammut Film and “The Forgotten Front – Resistance in Bologna”, by Lorenzo Stanzani and Paolo Soglia.

His photo exhibit Jews in Eritrea, based on the historical research of Prof. Marco Cavallarin, has been shown in Paris (Mairie du IVeme Arrondissement), in Turin at the Museum of Resistance, in Casale Monferrato, at the Jewish Museum in Bologna, in Jerusalem, Ber Sheeva, Warsaw, New York, Asmara. His photo exhibit Chalutzim was exposed at the Historical Institute of the Resistance Ferruccio Parri in Bologna. His photographs have been shown in the exhibits Art of Eritrea/ Roots and Diaspora at Villa Caldogno (2002), Eritrea crossings in Trento (2001) and Images on the road by Lanfranco Colombo in Milan. The exhibit Intertempo on the industrial archeology site of the former Sugar Plant of Classe was exposed at the San Domenico Church in Ravenna. The photo exhibit The colors of the earth, produced by I.TER and by the Geological Service of the Emilia-Romagna Region was exposed at Ca’ La Ghironda Modern Art Museum (Bologna). Has curated the photos for the project  Cittadini d’Europa for the Legislative Assembly of the Emilia-Romagna Region.